Neymars in the Neymar: Neymar – Barça

I know you want to read about tactical innovations from Pep, wrinkles in the seemingly perfected system, and the selection headache created by David Villa’s unfortunate injury in the semifinal. You might want to hear about Pele’s adventures with Santos from 1956 to his move to the NASL in 1974 or the entire history of the FIFA Club World Cup, but really, come on, you know that this whole thing, this entire tournament, is about Neymar.

There were the haircuts and the temper tantrums, then the golazo in the semifinal, and the press conference concerning the official announcement of his arrival at the Camp Nou sometime between now and later (pending confirmation). There’s the fact that I bought him on FIFA12 (true) and the fact that he’s constantly winking at Barça during interviews and maybe even in games (not true). He’s the next wonderkid. He’s the guy that can overtake Messi as the best in the world—never mind the conversation about that other guy on that one team, whatever his name is?—or perhaps he already has. Depends on who you ask, I suppose. You could always do a “scientific” look at the two players to determine who is better.

Whatever, Neymar’s an immense talent as well as a cheeky devil that sometimes makes Angel “Dive Maria” Di Maria and Sergio “My Face, Oh God My Face” Busquets look like saints who can take quite the beating at the hands of other players. He plays the way Dani Alves used to play, really, which is a sort of dirty way that involves willfully and willingly hoodwinking the ref and any opponent that gets near enough to him to be plausibly used as a diving foil. Part of that is age (Neymar is 19—19!) and part of that is the league he plays in.

He’s scored 81 in 158 appearances over the last 3 seasons, which is nothing to sneeze at. He got 43 goals in 63 matches last year. 63 matches for an 18-year old is absolutely ridiculous. He’s also credited by Wikipedia with 21 assists in that year, meaning he directly contributed to 64 goals. Wild.

There’s Ganso, (the other) Henrique, Elano, Danilo, and veteran journeyman striker Borges who got his first Brazil cap this year at the age of 30. It’s Ganso that runs the team, that is their true 10. Maybe not Ronaldinho in his prime, but certainly has a silky touch, deadly left foot, and vision for days. That he’s 6 feet tall is merely another weapon in his arsenal, though he might find it hard to keep up with Barça’s midfield. Which is to say that he is human, unlike those mighty midgets. This video of the Copa Libertadores final 2nd leg match at Santos shows his skills.

The fighting afterwards—disgraceful leaps to mind here, of course—was a blot on this team’s journey to where it is now, but one that can’t be forgotten. Neymar showed his immaturity by fighting back after winning a title, certainly—not to excuse Peñarol’s part in all of it—and that kind of ill discipline could cost them if they’re not careful during the final. Barça maybe not be the most disciplined side of all time, but the lack of control over the match (possession) and intensity of their running to keep up with Barça’s offensive and defensive pressure. It’ll be up to Ganso and Elano to keep their heads in the middle and work the ball a little bit and up to Neymar to Neymar all the Neymars that ever did Neymar.

What’s important is that the squad realizes the significance of this match in terms of physical requirements. It’s a match where a counterattack will be much like what was faced in the Bernabeu a week ago; Guardiola has said as much: “tienen una contra al nivel del Real Madrid.” The speed with which they play and the technical qualities they bring to the field of play are higher than you might suspect, especially if you’re a euro-centric fan who has failed to note just how good some of the Libertadores matches were last year. Sure, the Brazilian domestic system is an absolute mess, but that doesn’t mean it’s completely devoid of quality matches.

So how does Barça approach this? Alexis Sánchez is a doubt and Villa is injured, which means that we’ll probably see Cesc start in what amounts to a 4-3-3/3-4-3 hybrid. If we want lots of width, we’ll start both Pedro and Cuenca, but that seems doubtful.

That lineup gives some versatility to the midfield, especially with Cesc, Iniesta, and Pedro all combining to occupy the left while simultaneously providing midfield dominance and direct approach should Messi require a 1-2 passing move to slide through defenders. It’s not necessarily the optimal approach, but Cuenca coming off the bench simply makes more sense given the experience everyone else has and the change of pace Isaac can provide late in the match when most of their defenders have become accustomed to the speed of play.

Official Prediction: 0-2, goals by Messi and Cesc. Another trophy for the team to crow about. And for Rosell to claim even though he didn’t do anything.

But really, we all know what this is about: 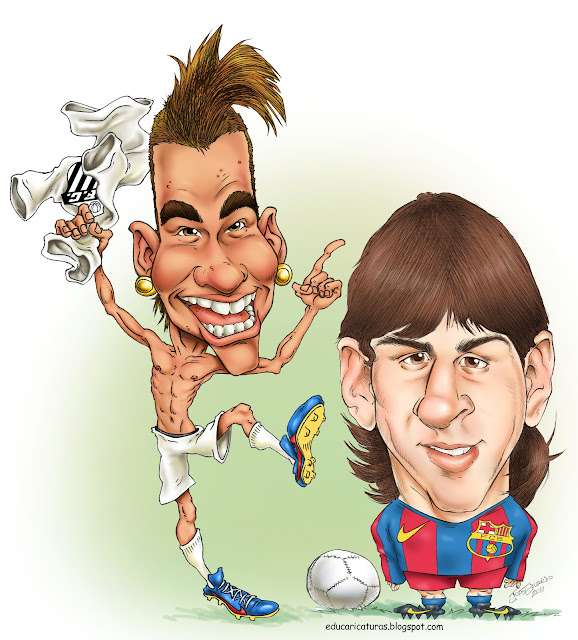 Picture from this crazy site.

And while you’re hanging out waiting for the match to start, why not listen to me making fun of Madridistas: