Terrible news out of Japan today as our Guaje David Villa broke his left shinbone (tibia). At time of writing, he is at a local hospital undergoing tests. The fear is 6 months out, but it’s been confirmed to be 4-5 months. Images show his protruding bone (not for the squeamish).

[UPDATE]: Pep has confirmed Villa had a stress fracture for some time and had been playing through pain. He will fly back to Barcelona immediately for surgery.

Pep: “Villa will be out for a long time. This kind of loss makes you sick. It gives you no sense of joy.” [@fcblive]

“[the] huge effort [Villa] has been making to play for a number of months with a stress fracture in the tibia is a factor.” [Sid Lowe in The Guardian]

“The locker room is very empathetic. Villa is very dear to us.” [@fcblive]

“Signing substitute for Villa? Let’s show some respect. Someone got injured and will have surgery. We can talk about that later.” [@barcastuff]

Other updates: “Masche has some bruise and Alexis has a bit of muscle discomfort. We will do tests tomorrow to see what they are.” [@fcblive]

Make no mistake, this is a huge blow, for everyone, but none more than David himself. 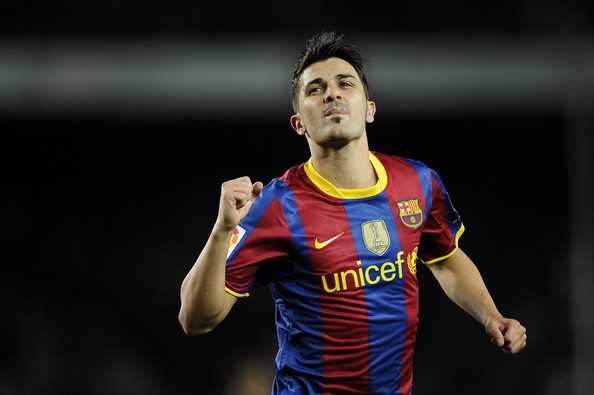 Hi everyone! Thank you so much for your support!!! The injury is very bad news, but I’m sure I’m going to get over [it] as soon as possible. [Now I’m] focusing on playing the final in Munich (I know my mates will get me there) and on the UEFA Euro 2012. I’m going to work hard to get there. I want them to count on me! I’ll be on Spain tomorrow. A big hug!